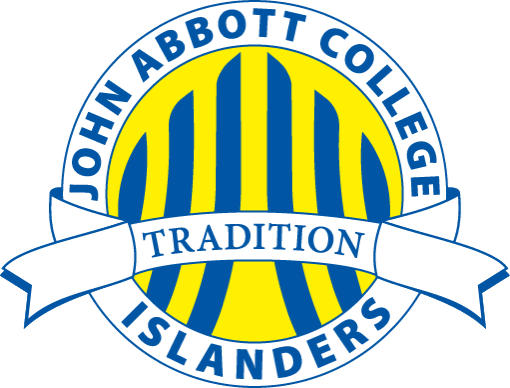 Football come through in the final minutes

This past Saturday the Islanders settled the score at 25-18 against Thetford Mines in the final minutes of the fourth quarter. The Filions scored the first touchdown of the game at the end of the first quarter but did not make the conversion. From there, the Islanders fought back at the three minute mark of the second quarter with Elijah Williams earning their first touchdown. Williams played a stellar game; racking up a total of 143 running yards on 24 carries. Kicker Troy Lendvay successfully completed the conversion, bringing the score to 7-6 in favour of John Abbott. Worth mentioning defensively is Louis Blanchard with 5 unassisted tackles, and hats off to Ashton Miller-Melancon for the Isles lone quarterback sack of the game. After a JAC single Thetford added a safety and field goal to take an 11-8 lead into the locker room at halftime.
Shawn Valentine scored the Islanders’ second touchdown in the third quarter. In the fourth quarter, Thetford was able to tie the score at 18-18 with under 2 minutes left in the game. Darius Simmons didn’t waste any time as he caught a 50 yard touchdown pass in 30 seconds later to give the Islanders the win.
Head coach Patrick Gregory described the game saying; “It was ugly”. When asked about the offensive performance Gregory offered, “We’re frustrated on offense. Our execution is spotty, [we’re] going to have to get better.” Abbott will face CÉGEP Montmorency in Laval next Saturday at 19h00.
Flag Football Starting on the right foot
The team opened their season with a 20-12 win vs College Montmorency. With many vets out of commission, the rookies stepped up and played true to their potential. Quarterback and co-captain Jordi Brookman kept her offence steady throughout the game as she completed 26 of 37 passes for 265 yards, one touchdown, two converts, and a rushing touchdown. The receivers were consistent throughout the game with notable mentions going to co-captain Shai-Lyn “Cooks” Cooney who had a big game with 7 catches for 117 yards, rookie Megan Blanchet-Plante with 5 catches for 40 yards, and Amelie Bentler with 7 catches for 68 yards, 1 touchdown, and 1 convert. Gaby Pigeon had the other conversion for the Islanders.

Defensively, the Isles were strong led by co-captain Ceilidh Leroux who had 8 flags and 2 passes knocked down. Starring on defense as well were rookies Bela Lamosa with 5 flags, Cooney with 2 interceptions, and Jasmine “JB” Brown with 4 flags and one ‘pick-6’ from 5 yards out of the Nomades end zone. Brown and Gabrielle Pigeon also had 2 QB sacks each
Golf team shooting the lights out
In the first league tournament the Isles saw 2 names on top of the leaderboard in the men’s competition. Thomas Stafford led the way with a -1 score, while Logan Boucher was just behind with an even score card. Chris Nader and Connor Houston both shot +4. Our women’s team shot a combine +12, Emily Romancew in at +4 and Emma Piers +12.
Final team results will be available via the RSEQ on Tuesday.
Women’s Hockey split weekend action
On Friday the women’s hockey team had their home opener vs St-Laurent and put on quite the show. The team won 6-1 with two goals from Maya Labad and 4 points for Ann-Frederik Naud. Sarah Vanier was between the pipes stopping 15 of 16 shots for the win.

On the Sunday, they were on the road to Andre Laurendeau. The team lost 4-3 in a shootout. The Isles had 53 shots but only Naud, Brianna Ware and Andriana Calderone were able to find the back of the net. Julia Minotti stopped 30 of 33 shots in the losing effort.