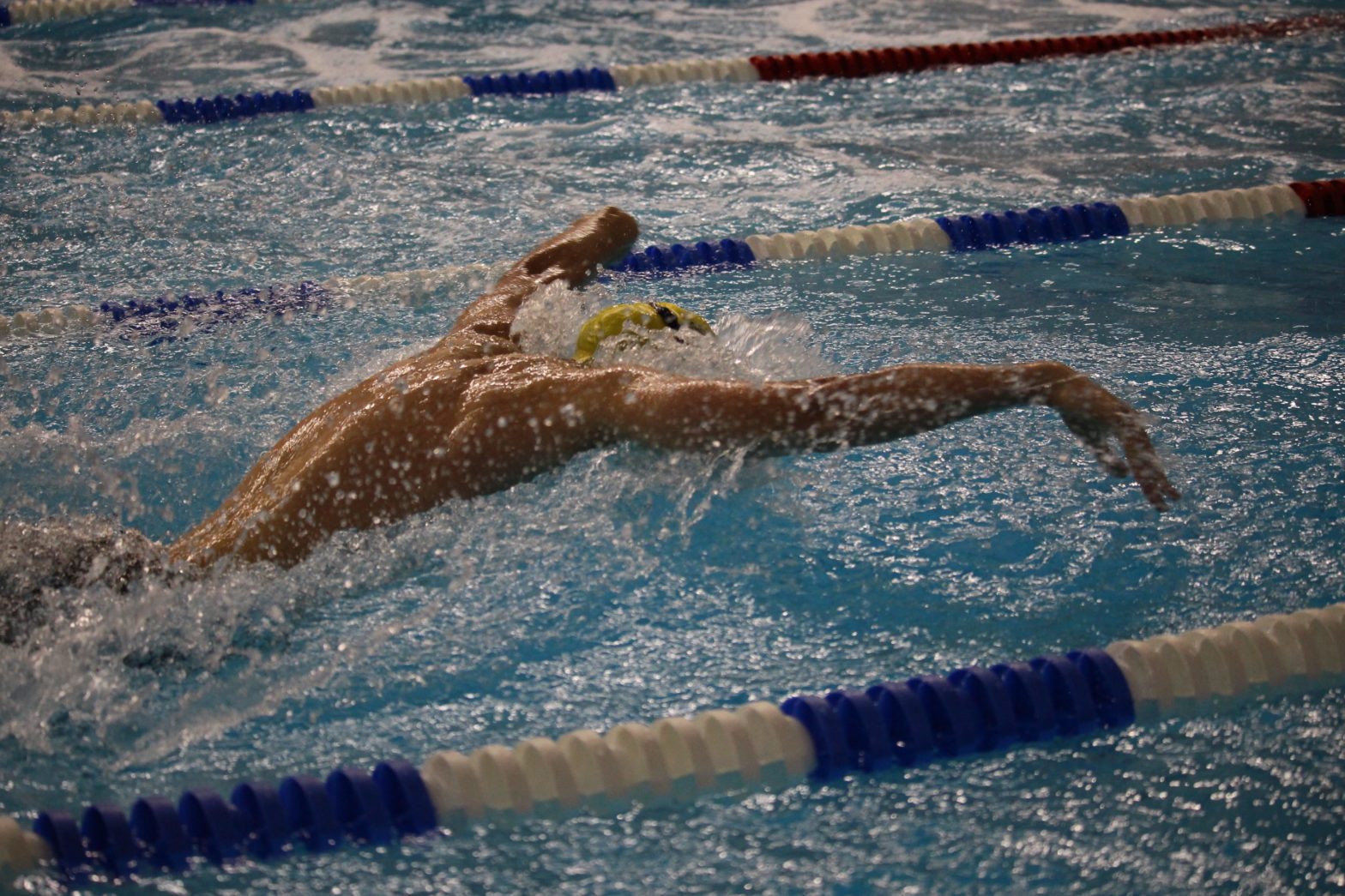 Swimmers in peak form going into the winter break

At their only home meet of the year last Friday, the Islanders came out in numbers to defend their home turf. The men’s team won by a convincing 200+ points, the women’s team also finished 1st by 60 points. The JAC B team took 3rd place!!!

Men’s Volleyball hitting on all cylinders
In their last matches of the semester the Islanders hosted St Lambert and Maisonneuve last Saturday night. St Lambert and the Isles had identical 8-2 records but JAC came away with a solid straight sets win 25-23, 25-13. Dylan Tyndall led all scorers with 6 blocks and 4 kills. Matthew Campbell had 7 kills and a block.
The match against Maisonneuve was the last RSEQ action for captain Tyler Tweedie-Smith. In his only game at power this year, he had the team’s best single game output of the year with 11 kills. The Isles won easily 25-14, 25-17 and are now in 2nd place in league standings at the midway point of the season. Tyler ends his Islander career holding the single season ace record at 28 and career ace record at 89. Over his career he had 377 kills and an incredible SRR of 1.87 with 990 career receptions and 371 perfect passes.

Women’s Basketball splits games with Abitibi
After the long drive to Rouyn Noranda the Islanders suffered their first loss to Abitibi 69-55. Abbott held a 41-40 lead midway through the third quarter when Abitibi went on a 20-2 run to effectively put the game out of reach. Girlie Owusu was the top Islander scorer with 14 points.
The team rebounded from Saturday’s loss to defeat Abitibi 64-58 Sunday afternoon in Amos. Abbott jumped out to a 20-point lead in the third quarter and then held off the home team as Owusu scored a team-high 13 points. Kaylee Williams and Ana Mendez chipped in with 12 points each while Nayisah Momperousse hit double figures for the first time with 11 points.

Men’s Basketball
Last Friday night the Islanders hosted the first place Vanier Cheetahs. The game started with Vanier hitting back to back 3’s, but the Isles were able to respond with three consecutive lay-ups, and they were able to take a small lead in the quarter. However the Cheetahs went on a late run to take a 22-17 lead at the end of the 1st quarter. The Isles continued to battle in the first half blocking several of the Cheetahs shot attempts but could not capitalize at the other end of the floor. The halftime score was 51-37 for Vanier.
The second half saw much of the same, with the Isles battling hard but could not get a bucket at the other end. Eventually, the Cheetahs’ size and bench depth began to wear down the Isles and the Cheetahs took the game by a score of 89-69. Malik Lewis led all scorers with 19 points.